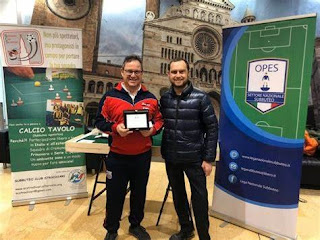 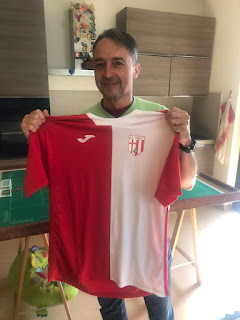 After a couple of years of slow activity, new FISCT season is heating up.  Soon will take place in San Benedetto del Tronto the first half of table soccer team championship (serie A, B and C). Spotlight on Fabrizio who’s defending colours of CT Aosta warriors attending Premier League (Serie A).

Another ex Flickers is playing Premier League. Luca P. that together with Stella Artois is defending Milan’s colours.

A new home for Genny, who has just moved together with Luca S. from Biella to Stradivari Cremona. Another challenging serie C team championship is being ready for them.

Roll over for our others friends, Marco, Mirko and Ignazio, another season with Old Lions Macerata. Same for Giulio, Massimo, Giuseppe, Marco L. with their clubs.

Ultimo atto per i Flickers Milano 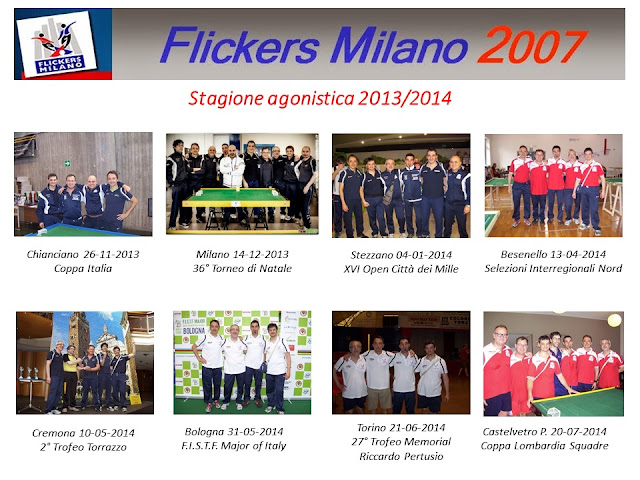 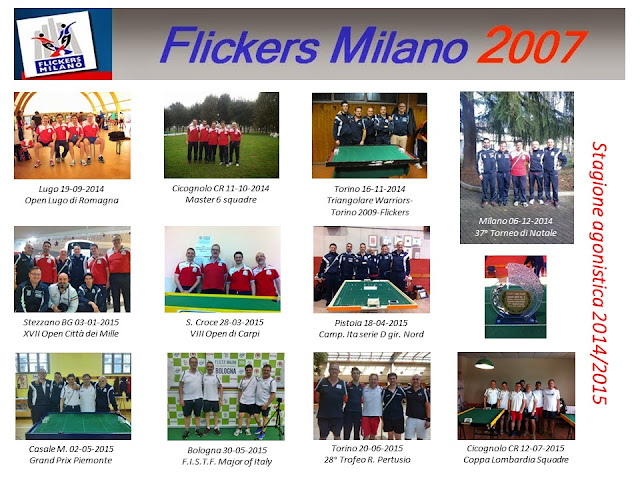 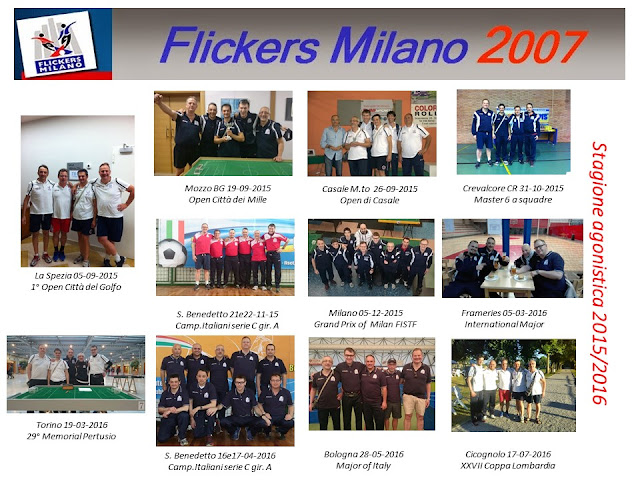 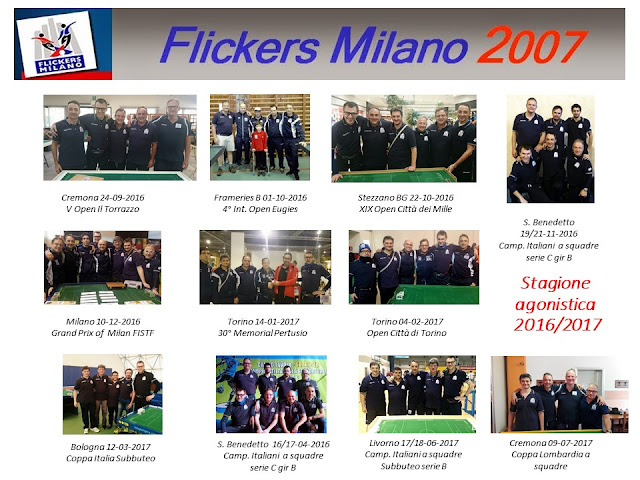 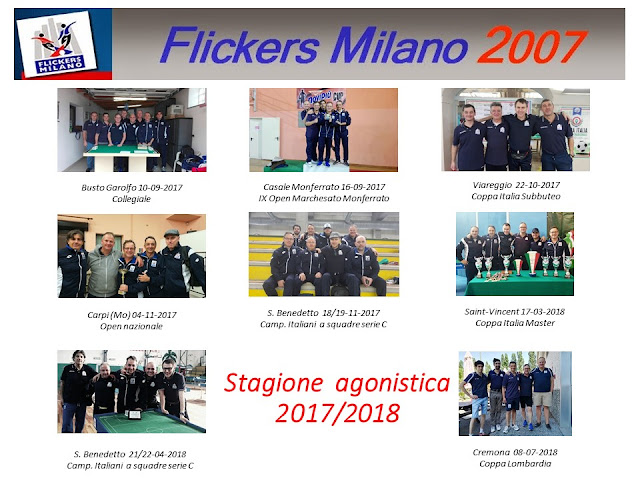 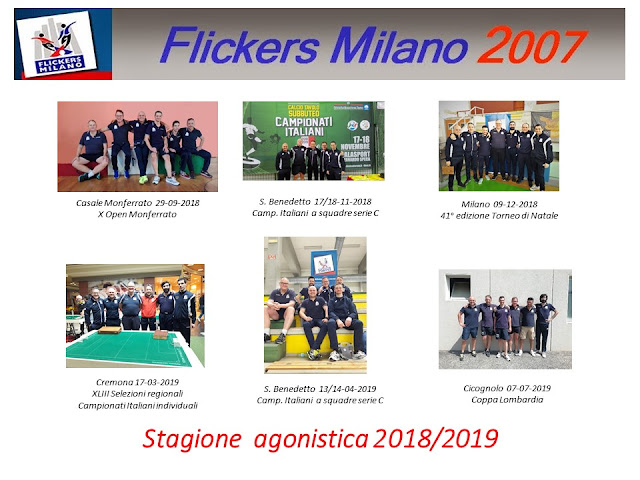 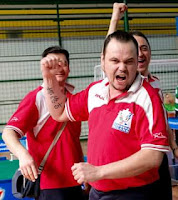